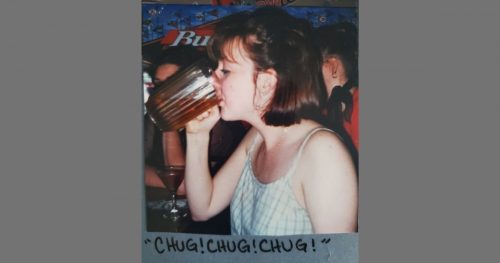 My 21st birthday was underwhelming.

It’s one of the milestones many of us look forward to, usually because it involves a night of debauchery, free drinks, and funny stories to relive for years to come. And that is how it went for the majority of my friends.

I spent my 21st with just one of my friends, my little sister, and my mom. We went to TGI Friday’s – not a bar – because my sister was in high school. I had two mudslides then pretended to feel tipsy because I didn’t want to let on to my mom that I had already illegally built up a solid tolerance over the past three years of college. The wait staff tied balloons in my hair and sang happy birthday to me just like they did to the 7-year-old a few tables over. My mom did pick up the tab, so I at least had the free drinks thing going for me.  END_OF_DOCUMENT_TOKEN_TO_BE_REPLACED 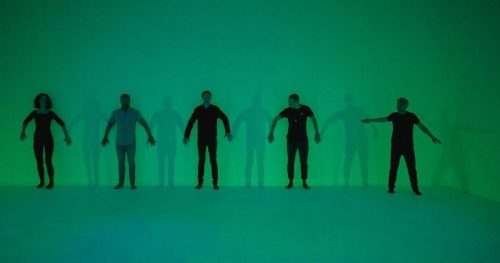 I’m about to say something I never thought I’d say.

There is something more powerful than the written word.

Writing is important to me. It helps me process. I’m funnier, smarter, and more expressive on paper than in real life. I communicate my feelings and opinions more clearly and freely when writing because my brain seems to work more harmoniously with my fingers than with my mouth.

But over the last few months I have also come to appreciate that the written word has its limitations. It can never really be a substitute for the messy, awkward, and sometimes uncomfortable power of presence. Face-to-face presence.

Now, I love being around people. Spending time with friends, laughing and having fun. Commiserating. Talking about big ideas and small nothings. But when it comes to deep feelings and hard topics, I have trouble with the face-to-face. I don’t trust myself to say the right thing. I worry about not being in control of my emotions, good or bad. It’s so much easier to retreat behind a keyboard where I can have more confidence in what I say without the embarrassment of whatever raw emotions I’m feeling being on display. It’s super uncomfortable being real in person.

But sometimes, that is exactly what you need, as I found out a few days ago.

I have a friendship I’ve been struggling with. The details of the struggle aren’t really important to this story, but it’s a classic case of two people having different experiences over a shared commonality. Neither of us were wrong, but everything about it felt wrong. And it has been weighing on me. I’m pretty sure I have been letting it take up too much real estate in my brain, instead of focusing on all the relationships in my life that have been so amazingly on point lately (big thanks to all my on-point people!). But there is a reason the good shepherd left his 99 sheep in search of the one he lost.

The funny thing is I thought I was doing a better job handling this situation than how I normally deal with conflict. That is to say, I didn’t avoid it. I didn’t say what I thought I was supposed to, then pretend to move on until it ended up poisoning either the relationship or myself. I didn’t let my feelings go unsaid. In fact, I not only said my feelings, I practically vomited the entire contents of my emotional bank. Then I went back and vomited more. And then again one more time, just to make sure I had finally reached the point of dry heaves where there was nothing left to say. And I did it all through my preferred method of emotional transaction: I wrote it in emails. On paper, I was a fierce lioness, unafraid to say what she thought, willing to risk whatever consequences came of it.

But in reality, I was terrified. To hit the send button. Then after hitting the send button, of what my friend’s reaction would be. If I would get a response. What that response would say. Then when I got a response, of what was being said between lines. Or if I was creating something between the lines that wasn’t really there. If I was supposed to inflect more or less emotion on that sentence. If we were ever going to get past this. If my friend even cared if we got past it or not. (*This has been your all-inclusive pass into seeing how the sausage is made in Kelly’s brain. There will be a performance review suggesting that she chill the eff out.*)

But I found what was missing a few days ago. It was his face.

After months of only communicating through the written word, we finally sat down together. It took some courage on both of our parts. Because neither of us really knew what we might find on the other side of that, which wasn’t how it used to be. It used to be an easy thing that didn’t involve uncertainties about how you’d be received once there. But suddenly it wasn’t that easy thing anymore, which made it weird.

Until we were actually face to face. It took me only a moment to know we were okay. Was some of it still awkward and uncomfortable? Yes. But I also finally had all the information I needed to know it was worth working through it to get back to that easy place.

For everything this beautiful language of ours can do, with its limitless combinations of letters and syllables and semantics, it can’t take the place of looking someone in the eye and seeing what you really need to know. I try to only use my words for good, but words can lie or be misinterpreted much easier than eyes. And what I saw allowed me to finally stop worrying. It gave me permission to stop being weighed down. And – probably much to the delight of my friend – it made me realize I didn’t need to keep sending long ass emails explaining my feelings.

So now I am sitting here, on the morning of my 43rd birthday, adding another deposit into my wisdom bank. And I am feeling grateful that I get to begin a new trip around the sun a little more enlightened than before, blessed with all of the friendships that have come to be so very important to me. It is the only gift I really need. 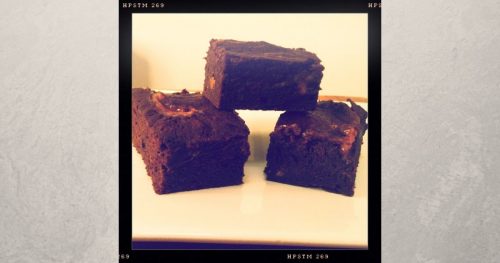 “Edge. All the way. I’m the reason why they make those special pans where every brownie is a corner piece.” END_OF_DOCUMENT_TOKEN_TO_BE_REPLACED 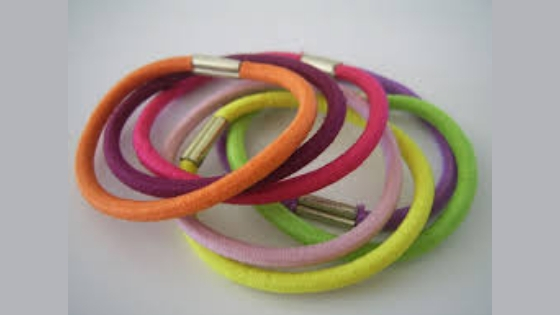 When I first created an account on Pinterest years ago, I did what everyone else on Pinterest does. I feverishly crafted an online dream board of everything I was going to do to make myself better. The gourmet recipes I would cook. The design ideas to spruce up the house. The life hacks that would make cleaning and organization a breeze. The crafts I would do with my kids (*cough* yeah, right *cough*). And because a better version of me certainly included a svelt body, I made a board for exercise routines. But even the all-powerful state of Pinterest delusion, the one that makes us truly think we will ever come back to those pins and actually DO something with them, couldn’t work it’s voodoo on my fitness goals. Because right off the bat, I named the board, “Exercise…Let Me Get Right On That.” (Sarcasm totally intended.) END_OF_DOCUMENT_TOKEN_TO_BE_REPLACED 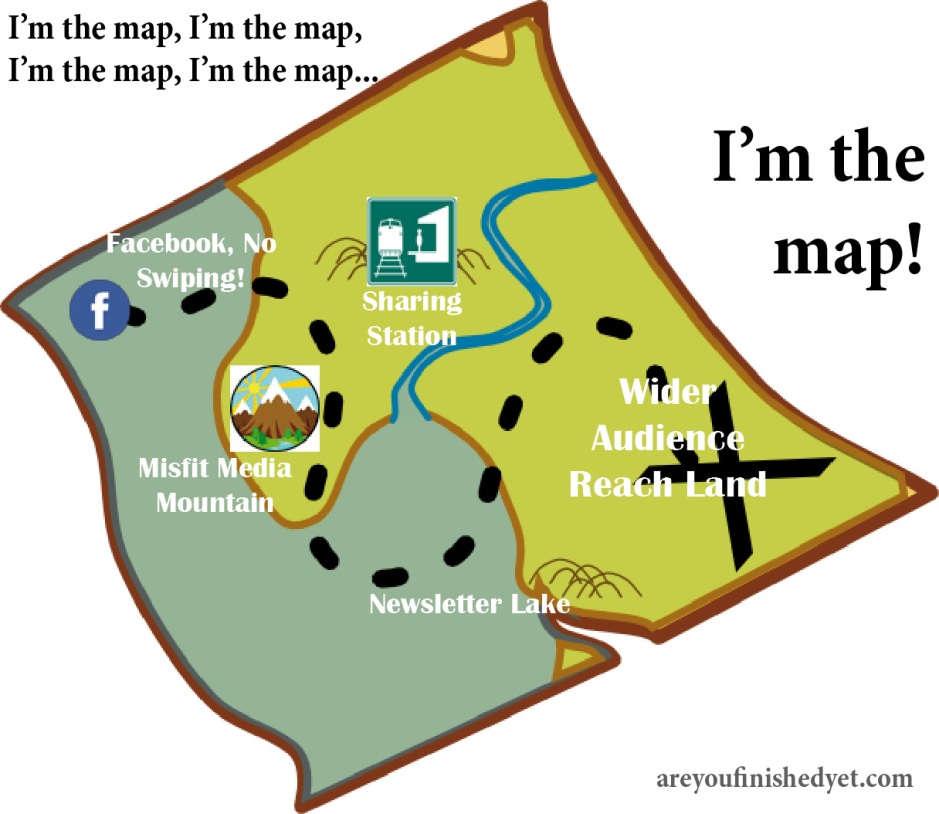 There are many people in this world I have tried to emulate, but I never thought Dora the Explorer would be one of them. Yet, that is exactly who I am about to channel, at the risk of sending half of my readers running from their computers (because, duh, kids shows are annoying).

So you know how good old Dora is always asking your kids to help her get someplace like Carnival Town to deliver piñata cookies to the Big Red Chicken? And all along the way she wants your kids to count the hills they need to climb. Or yell “Swiper, no swiping!” to keep that sneaky fox from stealing Dora’s talking backpack, filled with random things that would never be useful on any normal voyage, but somehow get her out of the strangest of pickles? Well, according to Dora, she couldn’t complete any of those adventures without your kids. I usually call her bluff on that. Last time I checked, she still made it past that grumpy old troll even when my kids failed to count to five in Spanish. END_OF_DOCUMENT_TOKEN_TO_BE_REPLACED 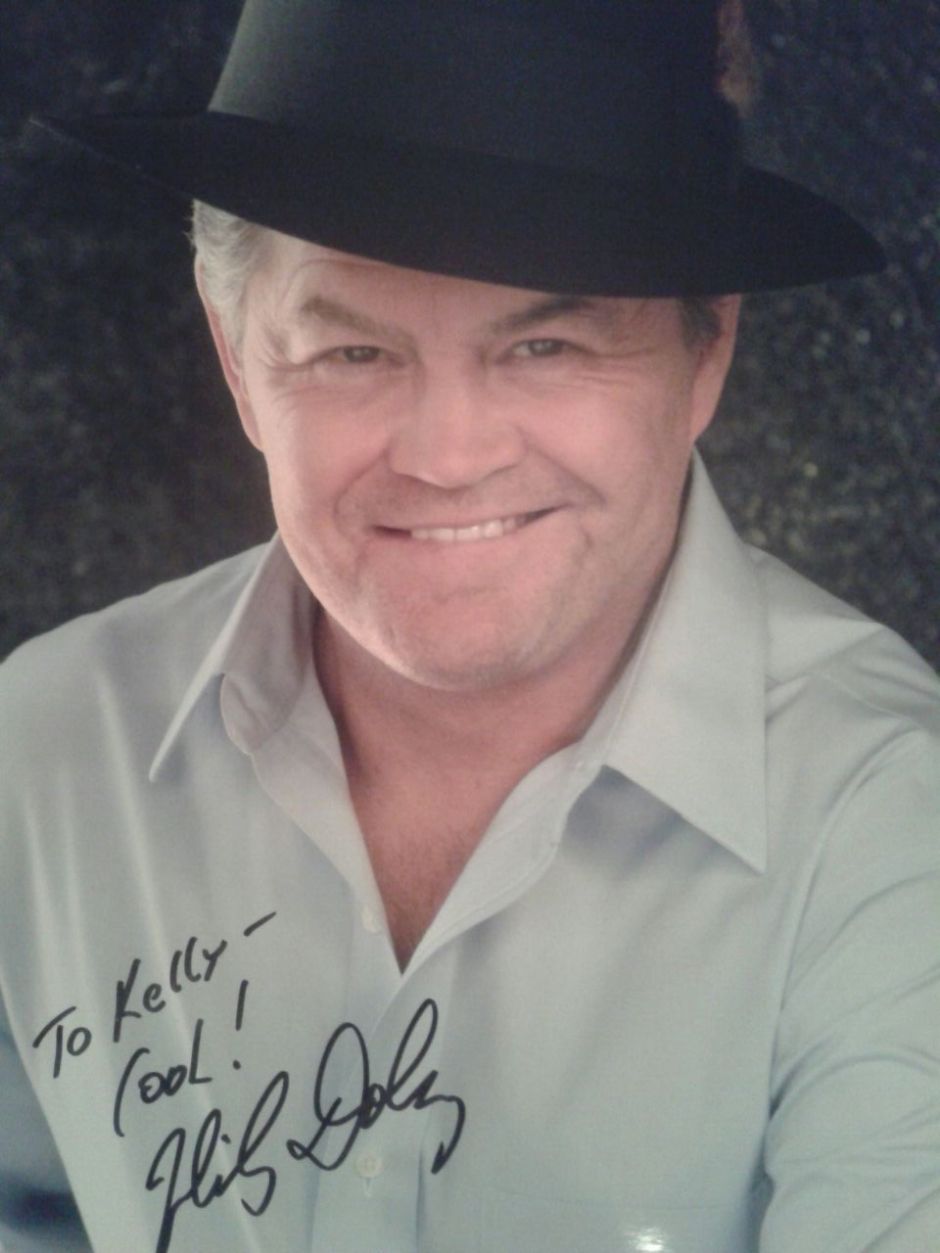 I have a secret admirer…who is not so secret. Look at what I received in the mail over the weekend:

This week for the Remember the Time Blog Hop we are talking about our first day of school. Any grade or stage will do. AND I have a guest co-host this week, Rob from Growing Up On Prytania. Rob’s blog is a perfect fit for the blog hop, as he has a very distinct “Wonder Years” feel to all of his writing. In fact, I can practically hear Daniel Stern narrating his posts as a grown-up Kevin Arnold. So please make sure to visit Rob’s blog here, and give him an RTT high-five!

After reading Rob’s blog, head over to see my usual partner-in-crime, END_OF_DOCUMENT_TOKEN_TO_BE_REPLACED

Don’t get too comfortable. In fact, just keep your coat on. Because I’m going to be sending you somewhere else today.

I’m taking a break this week from the Remember the Time Blog Hop, and I have asked the very talented, very charming, very kind Dawn at Tales From the Motherland to step in as the co-host. I know she will take good care of my blog hoppers along with Miss Emily at The Waiting, END_OF_DOCUMENT_TOKEN_TO_BE_REPLACED

Shut it down, folks. There’s nothing more to see here.

The other day, a friend of mine was asking me how I keep up my blogging pace (which in comparison to many bloggers, two posts a week is pretty measly). She wondered if I had a stockpile of pre-written posts. While I have had grand plans of that for some time, it’s just not how I work. I guess I thrive on pressure in a way. What I DO have is little notes or beginnings of blogs that I write down when ideas pop into my head. But sometimes, END_OF_DOCUMENT_TOKEN_TO_BE_REPLACED