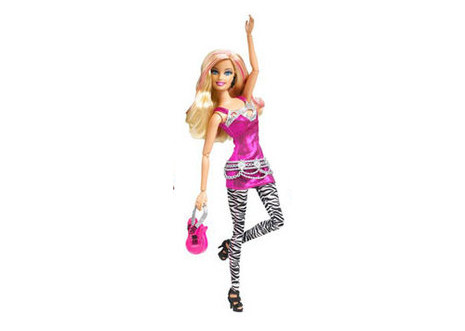 Saturday mornings were strictly reserved for three things at my house when I was growing up. Cereal. Cartoons. And Barbies. In that order. After stuffing our bellies with Rice Krispies and catching up with the “Muppet Babies” and “The Snorks,” my sister and I would retreat to our room for hours of play with America’s beloved doll.

But there is something I feel the need to confess after so many years: my Barbie was a floozy.

That’s right. What is considered by most as an innocent playful pastime for little girls everywhere, I twisted into my own soap opera, complete with torrid love scenes. Or in other words, my Barbie was gettin’ it on. Bow-wichi-wow-wow.

My Barbie had a pink canopy bed. And she put it to good use. Especially since I had scored a hottie Malibu Ken, who had appropriately placed tan lines. I kid you not. My sister, however, couldn’t be as “authentic” when her Barbie and Ken gave way to the throws of passion, as her Ken, of the short-lived Heart Family series, had permanent plastic underwear. She openly lamented that fact many a time.

In order to add a new dimension to our play, Barbie and Ken were never “Barbie and Ken.” We always pretended they were either real life people or characters from shows we liked. For instance, I went through a phase where my Barbie and Ken were “Eden and Cruz” from the old soap opera “Santa Barbara,” while my sister often pretended her Ken was Ricky Schroder or Joey McIntyre. But more often than not, my Barbie was cast as the role of myself, and Ken was whomever I was crushing hard on at the moment. Which brings up another thing I’m not proud to admit: my Barbie was a two-timer.

At the birth of my Monkees fandom around the age of nine, I went through some seriously conflicted feelings about which Monkee would be my boyfriend. Initially, I declared my heart belonged to Davy Jones, because that’s who I thought I was supposed to like. He was the official heart throb after all, and I dug his accent. But it felt forced from the get-go. Especially since my eyes would inevitably fall longingly upon Micky Dolenz. But Micky was supposed to be the funny one, not the one you married. My head was telling me one thing; my heart was telling me another. I was a pre-pubescent in a fictional love triangle, and it was every bit as emotionally exhausting as Joey Potter made it out to be when she had to choose between Dawson and Pacey on “Dawson’s Creek.”

Enter Barbie relationship therapy. I *may* have used my Barbie to act out these feelings of loving two men at the same time. Thankfully, someone gave my sister Rodeo Ken one year, whom we rarely cast as any leading man because of his unfortunate ball-and-sockett midsection that caused his top half to flail back and forth (a la bull riding), making him look like one of the Night at the Roxbury guys.

So I had the resources to pull this off: two Kens. And more than once, Barbie was officially dating Davy, but was mysteriously drawn to Micky. Inappropriate things *may* have transpired. I’m not proud of it. I finally did the right thing and just declared my undying love for Micky, and I’m happy to say that I (and my Barbie) were faithful from that moment on. I think Davy took it pretty hard. But, hey, he was always singing about wanting to be free like the bluebirds flying by him, like the waves out on the blue sea. My love was tying him. I didn’t want to try him. So I said goodbye.

Now before you start faulting my parents for my make-believe sexual indiscretions, I want you to leave them out of this. It wasn’t their fault. Well, okay. Maybe is was a little bit my mom’s fault for letting us watch her soap operas from the time we were pretty much born. But mom and dad did an a-okay job of raising us. Because while my Barbie was a bit of a promiscuous jezebel, I was anything but. I was practically a nun in real life…except for the whole making Barbie and Ken have sex thing. And having Barbie cheat on Davy Jones. I’m pretty sure nuns don’t do that kind of stuff. While I was obviously curious about sex, which was natural, I was also raised to know that I didn’t have to act on every animal desire I had.

So poor Barbie had to act on them all for me. Or lucky Barbie. Depending on how you look at it.

This post is part of the Remember the Time Blog Hop. You can join in, too!

1. Write your post. Remember, it can be ANYTHING about anything…it’s the Wildcard Edition! Just try to stick with the whole “back in the day” vibe ;D

2. Grab this badge and place it at the bottom of your post. 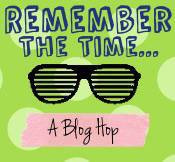 3. Add your link below and come back to see all the other great posts your blogging pals have written! Comment on them and tweet and share your favorites!  The link-up closes at 11:59pm EST on Sunday, so get those links in before then.

55 thoughts on “Confessions of Childhood: My Barbie Was a Floozy”