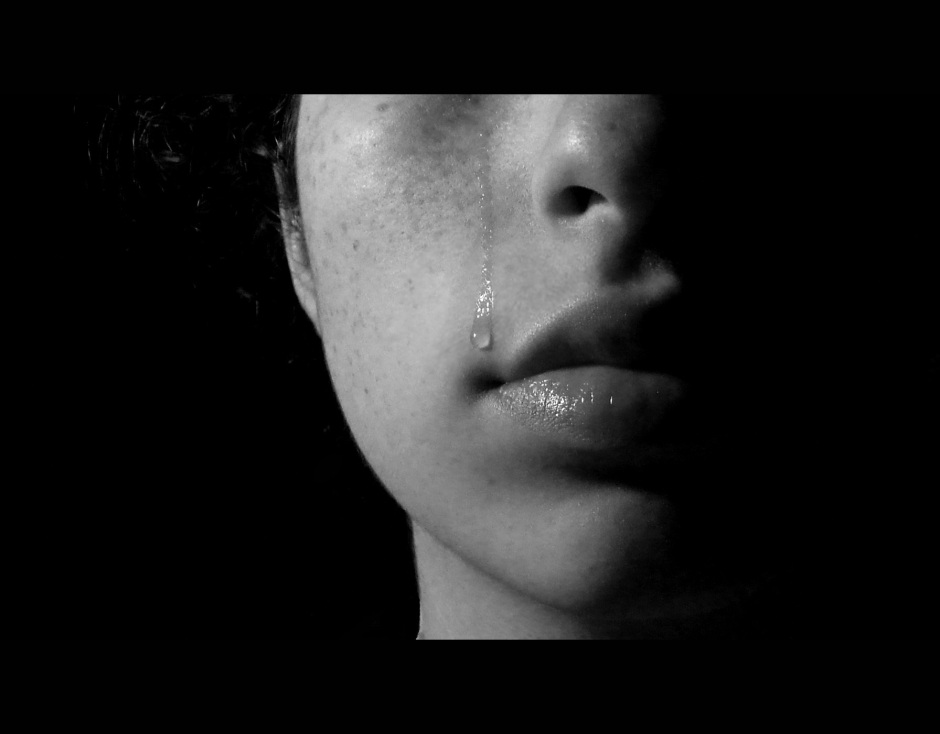 Have I ever told you that I cried when I first watched the graduation episode of Saved By the Bell? I think I may have. But did you know I also cried when Uncle Jesse’s Papouli died on Full House? And when Atticus Finch is leaving the courthouse after losing Tom Robinson’s case, and Reverend Sykes says to Scout, “Miss Jean Louise, stand up. Your father’s passin’.” And anytime anyone gets a standing ovation at a live performance, even “Seussical.” And when kids sing. Or if I just think about kids singing. Oh, great. I just thought about it. Excuse me for a second…

I am sensitive. Always have been. I don’t particularly like it all that much. I mean, it is kind of embarrassing when you want to appear as if you can handle things, yet you have this glaringly obvious wetness seeping from your eyes. Let’s just say I had no delusions that the coach who cut me from the high school basketball team didn’t totally know that the reason my face looked like a turtle was because I was going to weep as soon as I left his office…or before I left his office. Probably before.

Which is why I should have been so much more intuitive about a situation that happened recently with my daughter. Surprise! She is also sensitive. When my husband blames her emotional behavior on emerging hormones, I usually commiserate and am all like, “Holy crap, here come the teenage years!” and “Hormones hate us!” and “At least we have one girl and will only to go through this once, amiright?” and “Did someone forget to tell us about P²MS (PRE-premenstrual syndrome)?” But really I am just trying to deflect from the real cause: me. Me and my crybaby DNA.

It is sometimes easy to forget how closely our children are cut from our own cloth. Or perhaps we want to desperately deny those unsavory traits when we see them in our offspring. But in doing either, we set a trap for ourselves. I will go on record as saying I AM COMPLETELY RESPONSIBLE FOR THE FOLLOWING SITUATION AND DESERVED EVERY EXASPERATING MOMENT IT CREATED.

Set the scene: Grace was trying to coax our dog, Scout, from under her bed. Scout, who is getting up there in doggy years and has less enthusiasm for the badgering from my children, was perfectly content where she was. Grace kept at her, and must have poked her. Scout made her continued refusal known by gently nipping at Grace’s hand. Grace interpreted that as the equivalent of an alligator swallowing her hand whole.

Me: She didn’t bite you. There is barely even a scratch there.

Grace: But she never does that. She actually bit me!

Me: Well, honey, in her defense, you were bugging the crap out of her. She wants to rest under your bed right now. She doesn’t want to play. You can’t make her do something she doesn’t want to. I have told you and Michael over and over that you need to respect her space a little more now that she is getting older.

Grace: But I want her to come out.

Me: Grace, leave her alone. I’m serious. One of these days you guys are going to make her mad and she is REALLY going to bite you and…

Me: …then we will have no choice but to put Scout to sleep.

Grace: What do you mean…put her her to sleep? KILL HER?

Grace: But now I am just thinking about the fact that she IS going to die one day. I don’t want her to die!

(Great. I have a bad feeling this conversation is going to go as well as the one where I tried to calm her fears about getting a shark bite, because despite living in the middle of the country, she might one day decide to move to Hawaii.)

Me: I know. But everyone dies sometime. And it just means she gets to go to Heaven and you can see her when you get there.

Me: When you are VERY, VERY, INCREDIBLY OLD. Like the oldest person to have ever lived.

Grace: Well, can we bury her in our backyard?

(Just say yes, Momma. It’s easier that way. But…if you say yes, she’s going to remember. And when Scout dies she is going to be heartbroken that you lied to her. Think this through. Whatever you do, don’t answer right n…NO, wait, wait, wait!! What are you doi…)

Me: People don’t really bury dogs in the yard. But we can keep her ashes here.

(Oh, sure. NOW you keep your mouth shut.)

(You suck. You are the worst parent in the world. Someone should revoke your privilege to use your mouth. Run. Just run away. Maybe she won’t notice through her torrential tears.)

Me: Uh. Gduh. Umf. Er. I mean…she won’t feel it when she’s…uh…I mean, I don’t really know. I’m not a vet. I don’t know what I’m talking about. Scout’s fine. She’ll probably be the first dog to live forever. If not, we’ll get another fish. STOP BEING SO SENSITIVE!

Oh, man. I am a cold, heartless bitch.

And the worst part is, my daughter didn’t react any differently than I have countless times before. I understand this kind of fear and heartbreak. I understand worrying too much about what might happen instead of what the reality is of the moment. I understand being sensitive. But instead of acknowledging that and trying to help her through it (a situation I created no less), I put the blame on her. Because I wished she hadn’t reacted the way I would have. Because I wanted her to be better than me. Because I was annoyed at myself for opening my big mouth, and not knowing how to rectify the consequences of it.

I have often said Grace is basically me trapped in my husband’s body. I don’t even have to see her face to know she is tearing up at the end of Despicable Me when Gru reads “One Big Unicorn,” because I am misty as well. And that predictably cued sentimental music has definitely pulled at her heartstrings during my children’s current obsession with binge-watching Full House. Even when the torments of puberty and adolescence are over, I have a feeling her sensitivity will remain.

Just pray that I don’t accidentally bring up genocide the next time she forgets to water the flowers.

32 thoughts on “An Old Dog, Uncle Jesse’s Papouli, and Cremation: Ruining a Child’s Life In One Brief Conversation”