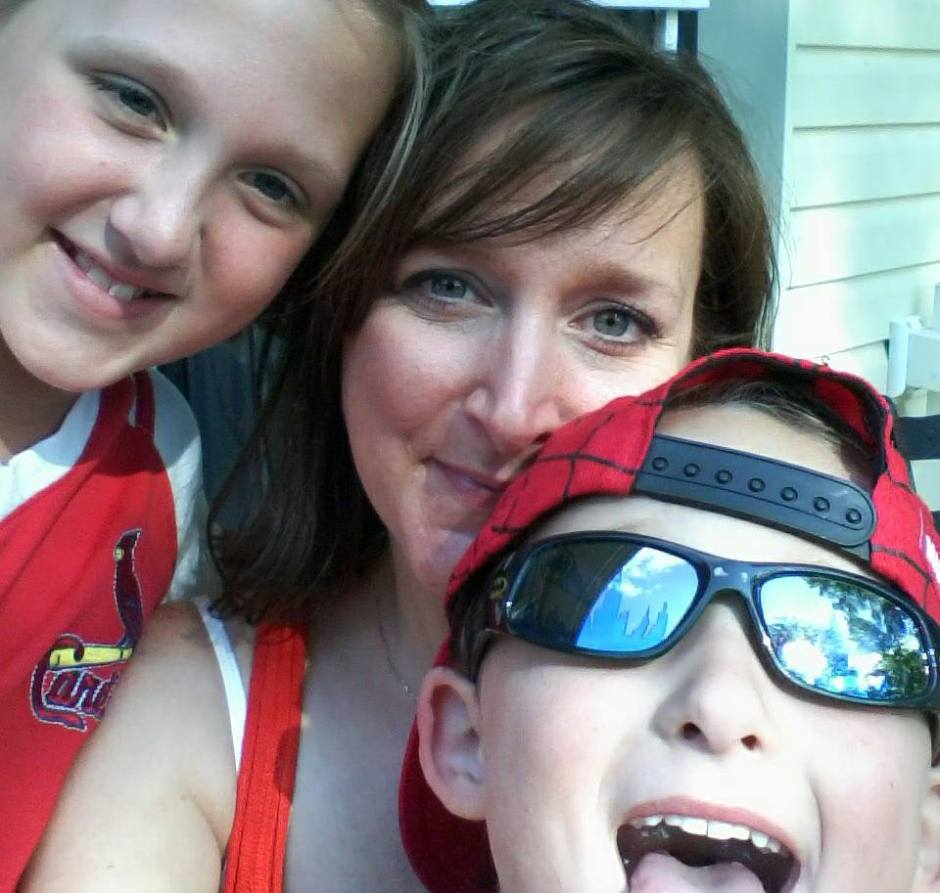 October is the month of many things: Halloween…Breast Cancer awareness…Hispanic Heritage…National Pizza month (Wikipedia said this is a thing. I swear). But I live in a city that has been lucky enough to usually be able to claim October as Baseball Month. As in post-season baseball. Orange and black may be the official colors of Halloween, but October has traditionally been looking pretty red around these parts.

It isn’t a secret that St. Louis is a baseball town. We love our Cards. Period. Our post-season home games may not be as sexy as those in L.A., New York, or Boston, boasting a bunch of big name celebrities showing off that they are just like the rest of us, sitting among the unwashed masses on the Jumbotron. (We do, however, have our unofficial city spokesperson, Jon Hamm, defending our pizza by saying it tastes like “eleven World Series Championships” on late night talk shows. I call that a win.) But I would say our fans, as a collectively entity, have made a pretty big name for ourselves. I don’t want to brag or anything, but the term, “best fans in baseball” has been thrown around. And this is a pretty good reason why (be warned…there are a few f-bombs):

Yes. I watched all 11 minutes and 25 seconds of that video. I even got a little misty during part of it. But Kelly, you cried when Zack and the gang graduated from Bayside on “Saved By the Bell.” I know, but my graduation was right around the corner, and I was feeling very ambivalent about the whole thing. I was just projecting my own emotions about moving on, and when Belding hugged Zack, I just couldn’t help it. Okay? But Kelly, you cry whenever you read the book You Are My I Love You to your kids. I know, but I got that book for my oldest on her very first Christmas, and sentimental children’s books just get me weepy because they are like little love notes that remind me that my love for my kids has no limit, all the while they just think I’m reading them a bedtime story. OKAY? But Kelly, you cried…I GET IT! I’m a cry baby. Is it a crime to feel things so deeply? The baseball video made me teary. Deal with it.

But more than anything, this is what I thought when I watched that video of Cardinal fans going crazy, folks, going crazy:

Yet the other amazing thing about our fans is that we respect the sacredness of fandom. We may give a proper ribbing to fans of other teams (*ahem, CUBS*), but it is almost always in the spirit of good-natured competition. You won’t find Cards fans rioting in the streets or threatening the lone Diamondbacks fan in the crowd. It’s generally not how we roll. In fact, we’ve been known to even cross-mate. Sometimes we St. Louisans actually marry fans of other teams, and we are even nice enough not to make them convert to the Cardinal religion. We honor their devotion to their own team, because we know how important it is. (Any children brought forth from those unions, however, are always Cardinals fans by default. I’m pretty sure it’s a dominant gene.)

The Cardinals are currently battling the Dodgers for the National League Championship. For the next week, St. Louis social calendars will involve only activities where a television can be accessed. And while we take our wins rather seriously around here, it ultimately doesn’t matter if we end up winning the NLCS series…or even the World Series. Because we’re fans. We’re all in.

It’s not even a question of go big or go home. We go big every.single.time.

25 thoughts on “No Need to Hunt for Red October. It’s Everywhere.”