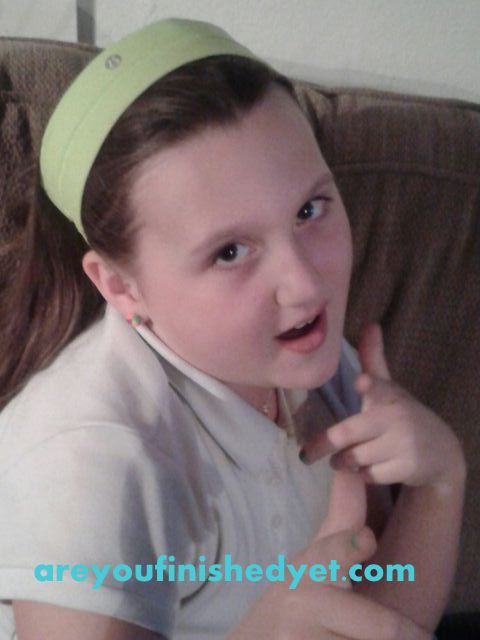 A few months ago I wrote about my plan to dethrone the Rainbow Loom and offered multiple suggestions for new, cost-free, eco-friendly fads. Little did I know I needn’t spend all that creative energy trying to end the trend of jewelry made from glorified orthodontic rubber bands. I had unknowingly already set that wrecking ball into motion with the simple act of purchasing the Rainbow Loom.

I am not on the cutting edge of anything. Let me give you a few examples. When I finally got a smartphone, I was attracted to the oldest model they sold, which was on the precipice of extinction. My favorite band hit their height of popularity before I was even born. And when it comes to buying the latest greatest must-have item for my children, I am usually out of the loop until they finally clue me in and then beg for it forever…and by forever, I mean until the next gift-giving occasion comes along. How am I expected to be on top of every new trend, seeing as how I am clearly too busy watching Netflix marathons of television shows like Lost for the first time? You know, shows that everyone else was watching from 2004-2010.

So no sooner did my daughter have a Very Rainbow Loom Christmas than it suddenly became passé to make rubber band jewelry. And the looms that were once exempt from all the hobby store coupons, I now see littering clearance tables.

For this reason, I should have known the outcome when my daughter began requesting something called Thinking Putty.

“But, Mom, EVERYONE in my class has it. It’s so cool. And it helps you THINK. My friends say it has made them get better grades at school.”  I’m so sure.

“Mom! Lucy just got a new can of the heat sensitive Thinking Putty. And she ALREADY has the metallic and the crystal putty. And I have zero putty. When am I going to get some putty?” Can somebody tell Lucy’s mom to cut that sh*t out? Valentine’s day is still three weeks away, and I’ll be damned if I’m going to give her designer play-doh simply to celebrate a Thursday.

“I’m the least popular kid at school. All because you won’t buy me Thinking Putty.” Or maybe it’s because you whine too much.

Finally, I bit the bullet. Happy Valentine’s Day, Grace. Here’s some freakin’ putty. Now go be the smartest and most popular kid in your class. But OH WAIT! That’s right. Because now that I have finally found a gift-giving reason to shell out fifteen dollars for a tub of goo that is apparently God’s gift to passing spelling tests, no one is playing with it anymore.

Now, this is not great news for me, as it means I will likely continue to shell out money for fads that will be as good as dead on arrival before I even receive my credit card statement. But this is good news for YOU. When the next thing that is all the rage comes along, just do your best to hold out. Stave off your kids for as long as you can, because eventually, I will probably buy it and it will suddenly be on the outs. Your kids will no longer want it, and you will never have to spend a dime.

Oh, and a head’s up: I just bought Grace two Lululemon headbands for her birthday last week. So if your Easter Bunny was going to have to brave walking into that store and subject herself to being helped by size zero twenty-somethings in skin-tight yoga pants who give a “that explains it” smile when she tells them she just needs to pick up a few headbands and isn’t looking for an $88 pair of workout shorts, well, I just saved your Easter Bunny a trip. Because by my calculations, those headbands will be out of style before you start dying eggs.