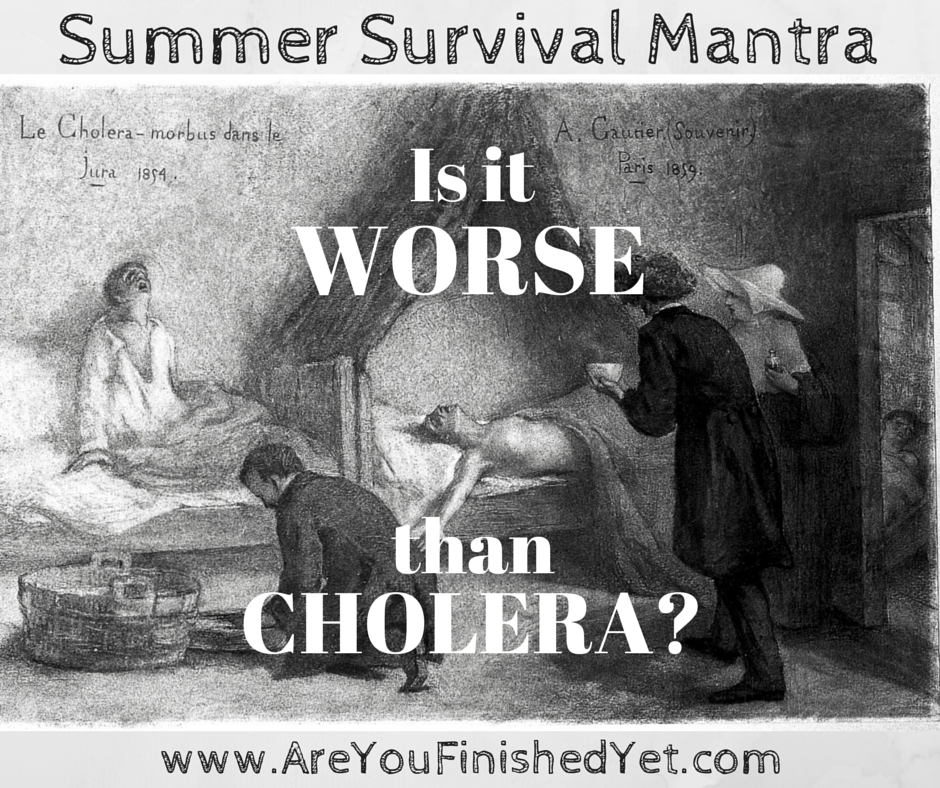 “They just don’t know how good they really have it.”

That was the consensus among my friends at the pool the other day, as we waded in the shallow end, keeping an eye on our swimming children while chatting. The conversation was one that happens between parents who have hit the wall when it comes to surviving June, July, and August…and whose children may or may not have just made the comment that swimming at the neighborhood pool was boring because it doesn’t have a slide.

We have come to that point in the summer when things start to wear. The novelty of being out of school is over. We’ve already taken our vacation. A moratorium was called on scheduling camps and activities every week when both the family minivan and wallet each made motions that they also get a summer respite. And with me working from home more hours than before, well, things have been a little slow for the children around our house.

When things are slow, my kids seem to fill their free time with finding things to complain about. Like pools with no slides. Really?

Don’t get me wrong, I think that sounds fabulous. I mean, that’s pretty much the way I spent all of my childhood summers (except for the Tang. I lived on Hi-C Ecto Cooler, because I was an 80’s kid). And it has pretty much been my general modus operandi as a parent as well (even before it was trendy). But let’s face it, trying to convince my children of how cushy their lives are by starting a sentence with, “When I was a kid…” is futile. Because things were awesome when I was a kid…and still quite cushy.

No, I needed to really drive home the “first-world-problem-ness” of their first world problems if I was going to make it to the start of a new school year with any shred of sanity. Something that would shut down their whining about Disney Channel never running new episodes of their shows, or that I don’t run to the store to immediately restock the bag of chips they just finished a day after I bought them.
END_OF_DOCUMENT_TOKEN_TO_BE_REPLACED